We are committed to the Writers Room approach and creative collaboration. On the one hand, this way of working allows us to combine different writers’ varying strengths and, thus, work better and more effectively. On the other hand, different voices joining to create one vision also resonate more. The fact that we come from a range of European countries, means we can let diverse cultural identities enter in a dialogue and tell universal stories to a larger European audience.

During our Serial Eyes training, we worked together in various different constellations. We know each other’s strengths and personalities and have experienced different group dynamics. While we also work individually and with other authors, not exclusively together, our joint work experience is a valuable and strong basis for future collaboration and has already proved fruitful in the past.

For practical reasons, it is almost impossible to get all of the Dirty Dozen to work on one project together, but smaller groups have proved very productive. Here are some of the projects we created together, most of which have already been picked up by a producer. 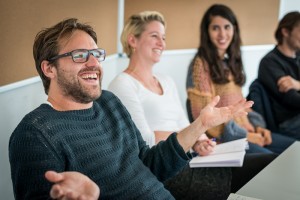 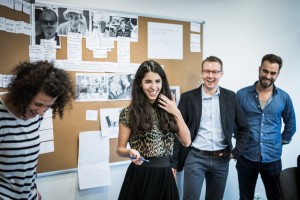 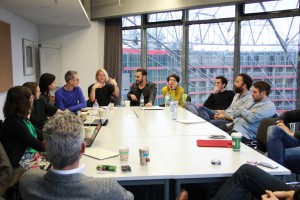 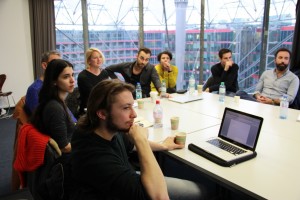 Dr. Anna da Silva’s patients suffer from extraordinary illnesses: Those that do not exist. And yet their suffering is real. Can Anna find the psychological causes behind the physical pain?

It’s hard to run a country. It’s even harder to run a family.

FOR BETTER OR NURSE
12×60; comedy-drama
Created by Jana Burbach and Wiktor Piatkowski / LETTERBOX

4 desperate nurses – 4 wealthy families – 1 fortune to win… When Polish nurse BOZENA is arrested for murdering the geriatric patient who left her his fortune, only her spoilt friend KARINA can prove her innocence by infiltrating this nasty German family. But she falls for the main suspect.

To finance the chaos of their lives, 4 misfits turn their Berlin flat-share into an AirBnB hotel.

The world as we know it will be destroyed in six months. But thanks god, Brussels has a plan how to save Europe (and Europe alone!): Plan B!
Politically super incorrect half hour comedy series in style of ‘The Office’ meeting ’24’.

What if E.T. isn’t a wrinkled toy with huge eyes, but a girl hotter than you can imagine? What if she doesn’t want to make friends, but wants to have sex until death? What if there are three of them?

A Bahamian criminal comes to a decadent ski resort and pretends to be a policeman to find his diamonds and his best friend’s killer. He hates snow, sports and the police, but when his female partner finds out his secret, she forces him to stay and help her untangle the local web of crime.

YOUTH is a unique ensemble drama that follows six tenants of an apartment building who are all gifted (or cursed) with the mysterious ability to age backwards. But when the world slowly learns of this mysterious fountain of youth, the lives of the tenants are catapulted into a dangerous and unforgiving spotlight. YOUTH is a quirky, funny and heartbreaking coming-of-age story…told in reverse.